The Immensity of God 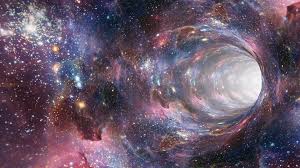 During Advent, we direct our thoughts and hearts to the first coming of Jesus as Lord and Savior, and we look forward to his second coming as Christ, the King. As we pray, light candles and sing hymns, we share in the wonder that our Creator God became a diminutive, vulnerable baby to rescue our broken world.

The mystery of the Incarnation deepens as we are challenged in Isaiah 40:12 to consider just how immense God is.

Who has measured the waters in the hollow of his hand, or with the breadth of his hand marked off the heavens? Who has held the dust of the earth in a basket, or weighed the mountains on the scales and the hills in a balance?

A. W. Tozer wrote in The Attributes of God, “Imagine going out millions of light years into space and finding a celestial body so vast that you could throw all of our solar system into it. Like throwing a shovelful of coal into a furnace, it would simply swallow up our solar system and go on.”

As a life-long Texan, I’ve never seen a coal-burning furnace, so I can only imagine what it’s like to see the fire roar up and consume coal in an instant. Tozer reminds us that God created all things, beyond our comprehension, and “he contains everything . . . That is the immensity of God.”

From God’s perspective, we’re infinitesimally small, but yet he gave us a Savior who is big enough to save us from all sin and death, and who will be immense enough to rule with truth, justice, and righteousness over his people and his creation.

During the busyness of this season, reflect on the immensity of God and let him give you meaning, purpose, and hope that Christ saves and will come again.

This post originally appeared n the NCF blog on December 10, 2012.

Jane Hall was NCF’s National Director from 2009-2016. She currently Jane serves as a volunteer,  focusing on strengthening the NCF nurse network. Jane is inspired by the writings of A. W. Tozer in The Attributes of God Volume 1 with Study Guide: A Journey Into the Father's Heart.