Choosing to Not Offend 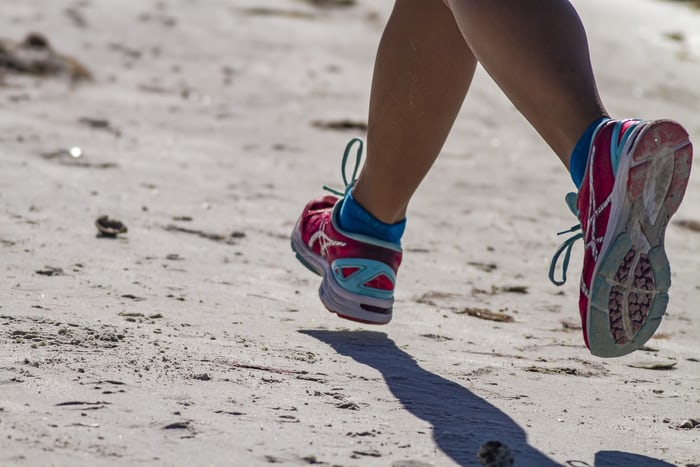 As nurses, we know to speak up when something is not right, but also to be sensitive caregivers and non-offensive. God also values these characteristics. First Corinthians 10:23-24 (ESV) states, “All things are lawful, but not all things are helpful….not all things build up.  Let no one seek his own good, but the good of his neighbor.” Being conscious of how our words and actions affect others is important to our Christian witness. I learned this when a difficult decision to be non-offensive resulted in a surprise blessing from God.

I’m a life-long distance runner. For over 40 years, I’ve gone for a daily morning run. It’s my best think time, and important in taking care of the body with which God has blessed me. My habit has been to run along roadsides and neighborhoods, being careful of traffic while wearing a lighted vest and reflectors in the morning dawn. Many times people who are passing smile and wave or even roll down a window with a word of encouragement

One morning while running on a frequent route, a man stopped his care in the middle of the road and waved me over. Thinking he needed directions, I trotted over to his car. He immediately began shouting and cursing at me for running on the roadside. He claimed he sees me every morning and almost hits me every day because it’s dark. He went on angrily for several minutes, ending with, “If I ever see you out here again, I will call the police to arrest you! What you are doing is against the law! Get an (expletive) treadmill!” With that, he sped away.

I was so astonished that I could barely react. I wondered if I had been breaking the law for 40 years. My first intention was to ignore him and continue with my routine. However, I decided that even if he was wrong about the law, if I was offending only one person that I would opt to change my routine. I found a couple of trails and tracks, and although it means a drive of about 10 minutes, the routes are very pleasant. Also, many of the same people use on these trails, and I’ve enjoyed the new camaraderie. In fact, recently I received a surprise and a blessing.

Often I’ve passed a petite Korean widow walking in the early morning. She’s the first one on the track between 4 and 5 a.m. We chat sometimes when I would slow down to walk with her and hear her interesting story of immigration and the loss of her husband. Recently, she stopped me and indicated that she wanted to give me something. She pulled out of her car a box of Korean chocolates and a beautiful, colorful handwoven basket. I protested, as I barely knew her, and the magnitude of this gift seemed too great. But she insisted. Later at home, I read her card with her contact information and a note that she found me inspirational. I was incredibly touched. What a contrast between her gracious heart and the angry man who cursed at me!

I have new perspective about that angry encounter. Perhaps something was weighing that man down, causing his abusive speech. By my choice to turn away from that anger and not reciprocally offend, I was gifted with a precious new friendship. This attitude applies to our work as professional nurses as well, as patients, co-workers, and families can be demanding. Following 1 Corinthians 10, we can build up others by seeking their good. Reminding ourselves to make the conscious choice to not offend can result in blessings.

Linda Johanson, Ed.D, RN, is a full-time core and lead faculty member online in the School of Nursing at Walden University. She has been a nurse educator since 1980, with research interests in nursing education and global health.

Read more of Linda’s articles, occluding on global missions and nursing, in the Journal of Christian Nursing.