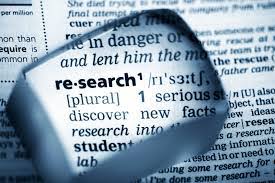 This biblical story of the original sin and fall of mankind in Genesis 3:1-24 offers several comparisons and warnings for nurses involved in research. As researchers, we are struck by parallels between the lessons of Scripture and the educating of nurses in all aspects of designing and conducting research projects.

The themes of temptation, deception, coercion, and disobedience came to light in a pilot study involving persons in palliative care services. For example:

--Giving in to the temptation to acquire participants by persuading reluctant recruits, approaching subjects at sensitive or inappropriate times, and veering off the protocol during data collection are ways to commit the oldest sins.

--Staff nurses collecting study data who initially considered it a novelty to be part of a research study were tempted to take shortcuts once the excitement wore off.

-- Sensitivity to family dynamics, the level of upset and grief, and general tone and mood of the recruitment context are important ethical considerations. Ignoring the need to create peace and comfort for families and patients in serious circumstances by seeking to obtain data was another important concern to evaluate.

How nurses go about conducting every aspect of their research studies matters; caution to avoid temptation, deception, and coercion is a must. Hence, training and reflection on the moral and ethical aspects of advancing nursing science may prevent a fall from inadvertent participation in the oldest sins in the Book.

This post is excerpted from the July/September 2019 JCN article, “The Oldest Sins in the Book: Lessons in Nursing Research” by Gail E. Pittroff, PhD, RN, associate professor of nursing at Maryville University in St. Louis, Missouri, and Verna L. Hendricks-Ferguson, PhD, RN, PCN, professor at Saint Louis University in Missouri.

The article is available online and free to view for NCF members.

Get every issue of JCN in print or online—either as stand-alone subscription or with a full NCF membership. Here’s the scoop: http://ncf-jcn.org/resources/how-receive-jcn