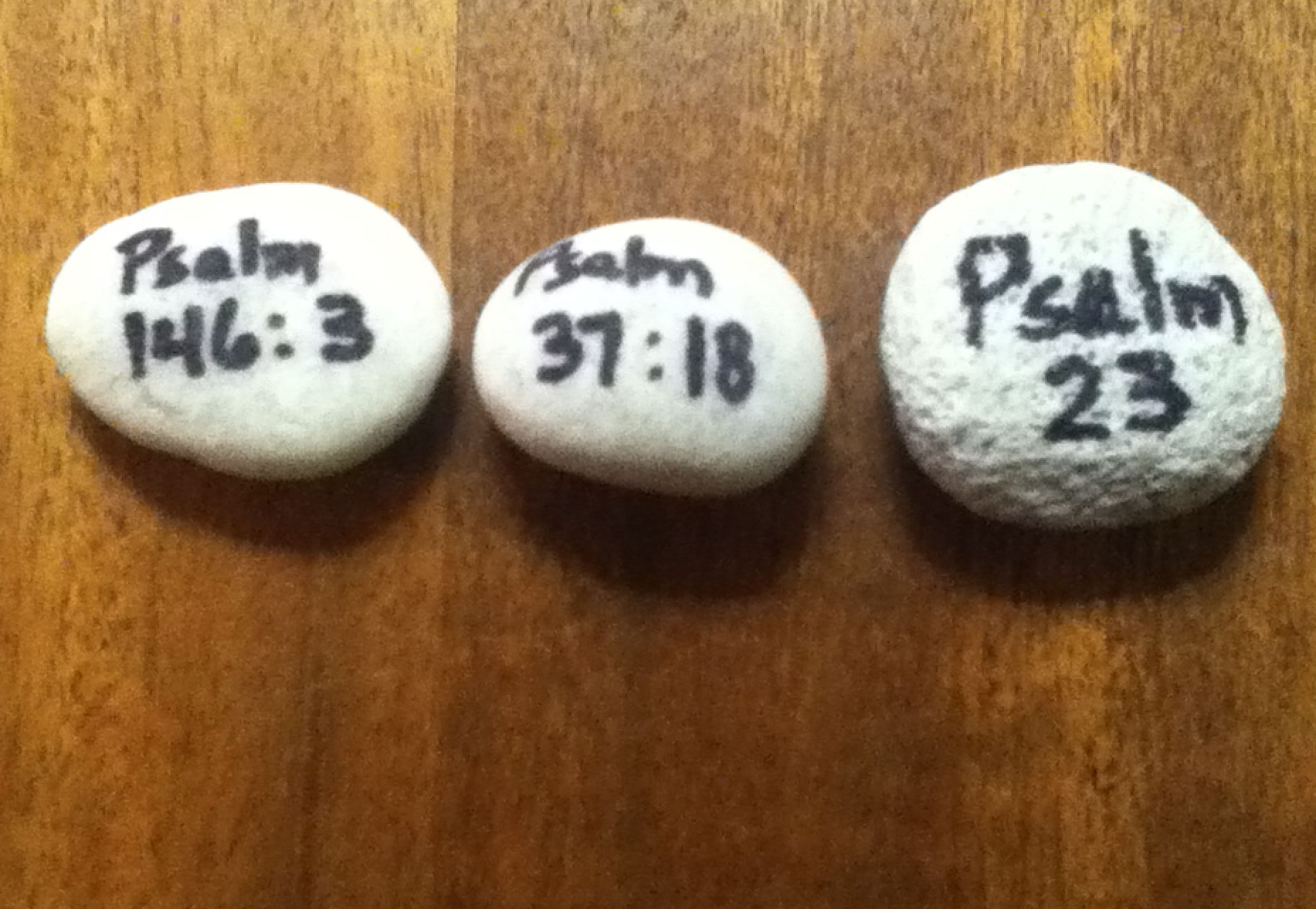 A box of rocks in Connie Rempe’s home is a living memorial. Each stone bears a reference of a Bible verse and reminds Connie how authentically the nurses in the NCF group in Lancaster, Pennsylvania, care for her and for each other.

“There’s always something happening with someone in the group, and the group is a place where each nurse could come and be valued and cared about. It’s a tremendous support group,” she said.

For Connie, the rocks demonstrate the spiritual support the nurses in the group lavished on her after two bouts with breast cancer. After bilateral mastectomies in 2012, Connie remembers, “I was presented with a box of rocks that had been bleached white; on one side was the name of a NCF member and on the other the chapter and number of a special verse for me.”

Connie’s NCF involvement has been part of her nursing and her spiritual life since she went back to college in Lancaster, Pennsylvania, to complete her degree. She saw an announcement for a nursing fellowship group and decided to try out a meeting.

“I was a new Christian when I first went to NCF. The nurses there discussed their nursing situations, prayed about them, did a Bible study, and ate. Ever since, we’ve had a close fellowship. I found that I could say anything confidentially and it was okay. I had never studied the Bible until then and didn’t know how to do that.”

“Bible study has changed me,” she acknowledges. “I was a late-bloomer, coming to know Christ when I was 52, after driving my life into a ditch. I have a changed heart. Even my daughter said, ‘Mom you’re so different.’ Only God could have done that.”

Being involved with nurses in NCF has been significant, even now that Connie is retired from her position as a certified rehab nurse. She enthusiastically recommends NCF to new and not-so-new nurses.

“I encourage young nurses to stay connected to NCF, even after graduation. If there’s no graduate group in your area, consider starting one. That’s how our group formed.”

The relationships between nurses, Connie says, come through “bonding in prayer, studying God's Word, and being a support and encouragement to one another. When you discuss the joys and problems of nursing, you approach them from a Christian perspective, and therein lies a uniqueness that can't be found elsewhere. We are Methodists, Presbyterians, Catholics, Evangelicals, and work in diverse areas of nursing, but all for the glory of the same Savior.”

Below is a poem Connie wrote, inspired by the box of rocks.

Ode to My NCF Friends
Thank you for the "box of rocks" a special gift for me,
with verses to encourage and inspire I can see.
You all have been a comfort and a blessing as I've trod,
the path I have been placed on,
its purpose known by God.
The twists and turns of months,
then years,
are filling me with trust.
His grace abounds,
His love surrounds and all His ways are just.
Continue with your prayers for me that I might show a sign,
to those who know not where to turn,
or where they fit in His design.
He is our guide,
He knows the way,
the beginning and the end,
with Him we can endure,
whatever lies around the bend.
~Philippines 4:13
Tags:
Life & Work | Members